In the last week, we have seen ~$3B of transaction value between the Crown Castle/Sunesys and Lightower/Fibertech transactions at multiples as high as ~15x (EV/EBITDA).  These are some of the highest multiples the industry has seen in recent history, sparking substantial debate on potential bubbles and a market that requires deep pockets to enter.  With all this consolidation, market competitiveness also remains a concern for key participants and stakeholders.

Within the fiber space, the principal question we keep fielding from operators and investors alike is ‘build or buy?’ With the fiber sector at a mature stage and market competitiveness at its peak, the sector has been primed for consolidation with market participants looking to add on layers to their footprint and take out competitors.  Let’s unpack the overall value in a build vs. buy scenario.

The Build vs. Buy Economics

Outside of the low hanging fruit – e.g., cost synergies, additional scale, new customer/building access reach and network redundancy – how else can market participants looking to build or buy in this space quantify value? We take a cost/route mile view to get as close to an apples-to-apples comparison as possible.  Let’s look at the value behind Fibertech and Sunesys, the two transaction targets from last month. Fibertech was acquired for ~$1.9B by Lightower and will add ~12k route miles for a combined total of ~30k route miles.  Sunesys was acquired by Crown Castle for ~$1.0B and will add ~10k route miles.  For context, the industry leader Zayo has ~80k route miles (with significant lower-valued long haul routes miles) and a market cap of ~$6.4B. So, with a little back of the envelope math, this is how the numbers breakdown on a cost value/route miles basis:

Does this mean Fibertech was an expensive transaction?  It depends.  There is a lot more value than just route miles such as network cost synergies and financial productivity.  Fibertech has a larger portion of business attributable to Lit fiber, which has a much higher return on fiber investments than pure dark services.  Fibertech has long been offering Lit services, while Sunesys rolled out Lit Ethernet and wavelength to its customers two years ago.  Another Fibertech benefit is strong customer loyalty through excellent customer service and operations.  In ATLANTIC-ACM market intelligence surveys, Fibertech is the top ranked provider by both business customers (~25% above the industry average) and metro wholesale (~23% above the average) for 2014, in an average of six operations categories: Brand, Sales Reps, Provisioning, Network Performance, Customer Services, and Billing.  This falls above Lightower which hovers just above the industry average (~3% for business and ~7% for wholesale). The combined company will have to work to keep Fibertech customers happy while they integrate operations.  Having said that, the Lightower/Fibertech NewCo, with access to ~30 markets, can now pull up a seat next to Zayo and Level 3 as a major nationwide fiber provider.  This is not scale that market participants can build organically, and even market leader Zayo only managed to achieve its vast scale through 30 plus inorganic plays.

Let’s now take a look at the reverse argument: if a company wanted to play catchup and build the ~30k route miles from scratch in order to match the Lightower/Fibertech NewCo scale, how much would this cost?  Approximately $3B, right in line with the Crown Castle/Sunesys transaction.

ATLANTIC-ACM internal market intelligence from previous engagements suggests that deploying a fiber network would cost between ~$67k -~$128k per route mile for rural or urban locations respectively. This includes Land & Right of Way, Construction/Inspection, Network Design, Equipment, and Admin costs.  For simplicity’s sake, let’s assume the average cost/route mile to deploy fiber is around ~$100k/route mile which is right in line with the Crown Castle/Sunesys transaction.

What this essentially means is Crown Castle made a phenomenal deal, and paid what it would cost them to deploy the fiber themselves, but didn’t pay any premium for the access to new customers or the time value of money, as it would cost them a number of years to deploy a ~10k route mile network.  On the other hand, Lightower/Fibertech paid a ~55% premium vs. a build scenario to get scale and access to new customers today.

So is it cheaper to build or buy?  It still depends.

It would depend on whether companies were deploying metro urban vs. sub-urban vs. rural fiber, in which markets, and the speed at which they are looking to expand.

Who is still left?

Despite the many recent acquisitions, there are quite a number of players still ripe for acquisition with new entrants coming on a monthly basis. Some examples include:

There are several companies out there looking to expand and facing the build vs. buy decision.  With the brake down of the Comcast/Time Warner Cable deal, questions remain around each entity’s appetite for additional network assets.  The deal was not about metro fiber, but about gaining negotiation power when purchasing content in addition to operational synergies.  Despite this, as mentioned a year ago, the Comcast and Time Warner Cable deal (http://www.atlantic-acm.com/level-3-tw-telecom-deal-to-create-new-major-player-in-business-telecom/) would have provided the combined company significant opportunities in the business/wholesale space to improve its product portfolio, marketing and operations targeting small businesses, increased deal scale in wholesale markets, and most importantly, gain larger business customers by increasing on-net coverage.  Our analysis shows that in 2014, Comcast and TWC would have had ~8% of the business market and 2.6% share of the wholesale market, up from up from 6.5% and 2.1% a year ago.  Each entity may look to extend its network to lure larger enterprise customers and to serve wireless customers deploying small cells, although we expect them to tilt towards ‘build’ given their construction expertise and large cash reserves.  Similarly, other cable players will likely shy away from metro assets until the consolidation among cable brethren has hashed itself out.

Zayo, despite acquiring ~30 companies and being a large publicly traded provider, holds only 0.7% market share of Lit Business and Wholesale services in the U.S.  Adding more network capacity will allow them to lure larger customers and scale improvements.  Given the pace of growth their investors desire, we expect them to continue to tilt toward ‘buy’.

Level 3 will likely avoid US acquisitions and focus on integration of tw telecom. We saw this strategy when they passed up an offer to purchase tw telecom several years earlier to focus on the Global Crossing integration. Although, they will continue tw’s strategy of consistent incremental expansions to add on-net buildings.

CenturyLink, Verizon, AT&T, and other ILECS are focused on their ILEC regions and will be builders, providing much needed fiber to consumer and business locations to satisfy bandwidth needs.

Windstream has touted that their REIT creates a better acquisition vehicle due to improved economics based on the tax classification.  On the same page, Crown Castle also has a leg up with REIT status, and has made three significant acquisitions in the past several months that will add fiber connections as part of its macro and small cell site leasing and management business.

Finally, the smaller players listed as acquisition targets above will likely tilt towards ‘build’, or private equity funds may take a page from any number of other (e.g., M/C, Abry, Berkshire, Pamlico, Columbia Capital, etc.) playbooks and roll them up.

We are at market equilibrium between the build vs. buy scenario which won’t last for long.  We expect the scales to continue to tip in favor of the buy scenario as there are still a number of regional and metro specific players of extremely high value which could be rolled up quickly and efficiently. 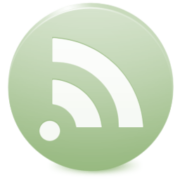